Ernest’s parents were John Hein (1865-??) and Anna Catherine Grothy (1864-1926) who were born in Germany, married in 1887, and arrived to the USA in 1888. Online records create a confused mess of the family’s genealogy. John appeared in the 1900 Census. By the 1920 Census Anna, AKA Annie, had been married to Adolph Schohl (1873-1956) for five years. In the 1920 Census all seven of John’s children were enumerated with the surname Schohl. Adolph and Anna had two children together. One key to getting to the bottom of this is that Anna’s son John G. Hein (1890-1920) is buried near his mother in the Schohl plot at Cedar Hill Cemetery in Brooklyn Park, MD. According to contemporaneous accounts in The Baltimore Sun, in January 1926 Anna was beaten by someone who robbed her grocery store located on Annapolis Boulevard a mile north of Glen Bernie, MD and died of a fractured skull a few days later. The murderer was never caught. 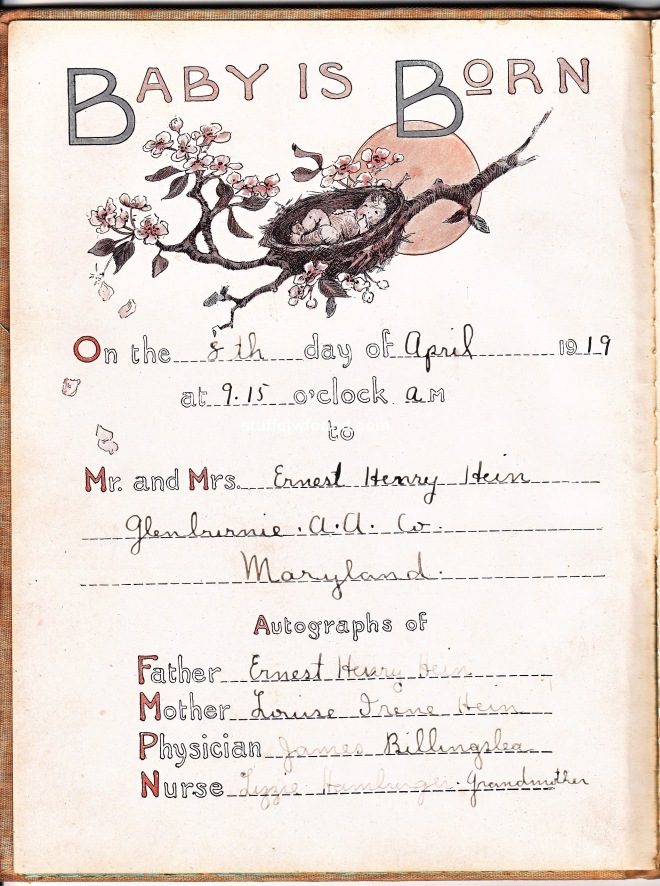 That Andrew Leonard Hamburger’s middle name is Leonard can be confirmed only by the following page and not by any online records I could find. Charles’ uncle for whom he was named was actually named Charles Lawrence/Laurence Hein (1899-1967) according to the one record I can find, his WWI draft registration in which the name is written as Lawrence but corrected by a recent researcher to Laurence. I found no one else named Leroy during my brief examination of the family’s genealogy. 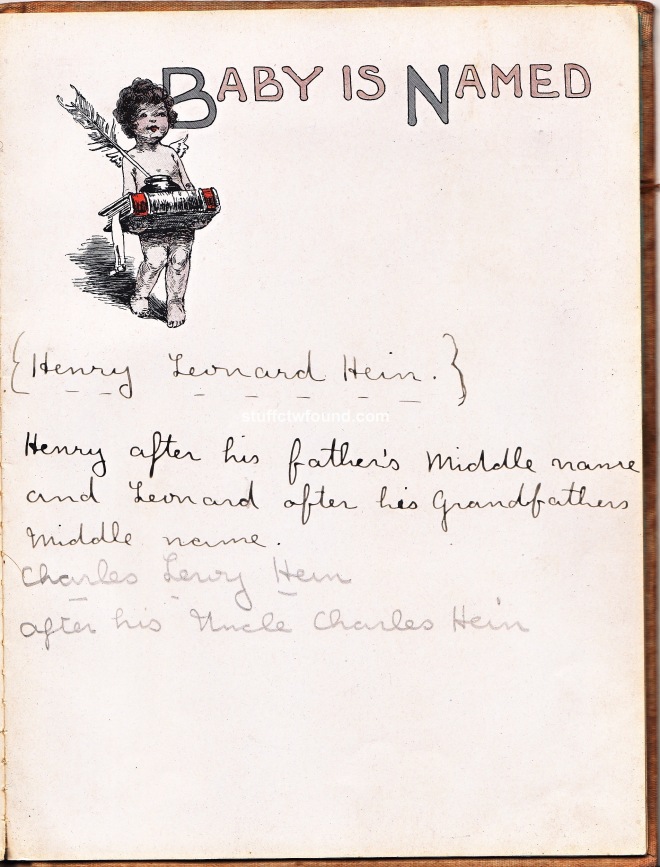 Here is a photograph of Henry and his parents from June 1919.

Here are two locks of Henry’s hair taken from this first and second haircuts. As frequently happens, the parents’ enthusiasm for this sort of detail waned after the first child.

The baby book used was illustrated by Meta Ann Morris Grimball (1878-1968). If you’re a Pinterest person you can see a large sample of her work here.

The following images are the remaining pages in the book and the back cover. 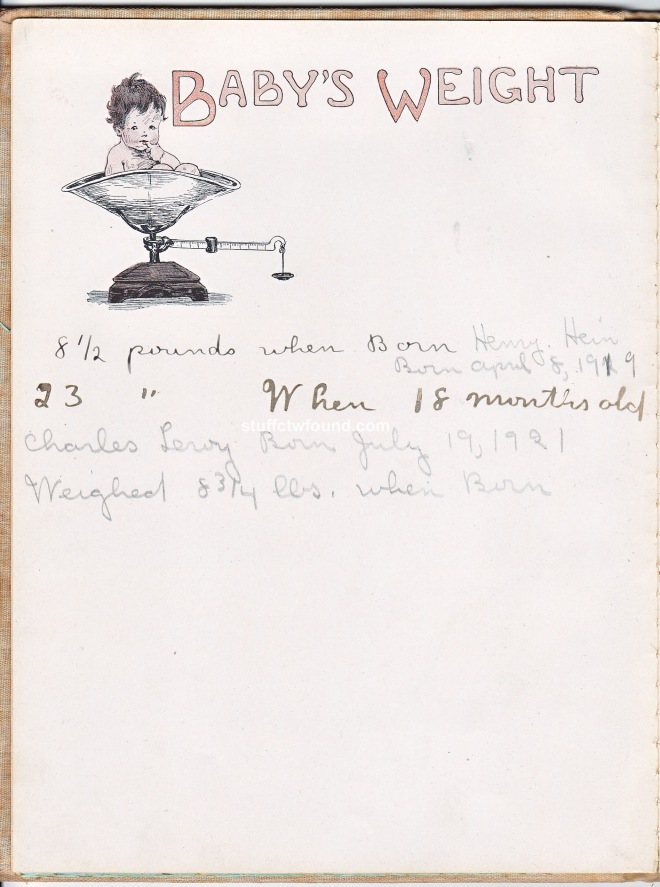 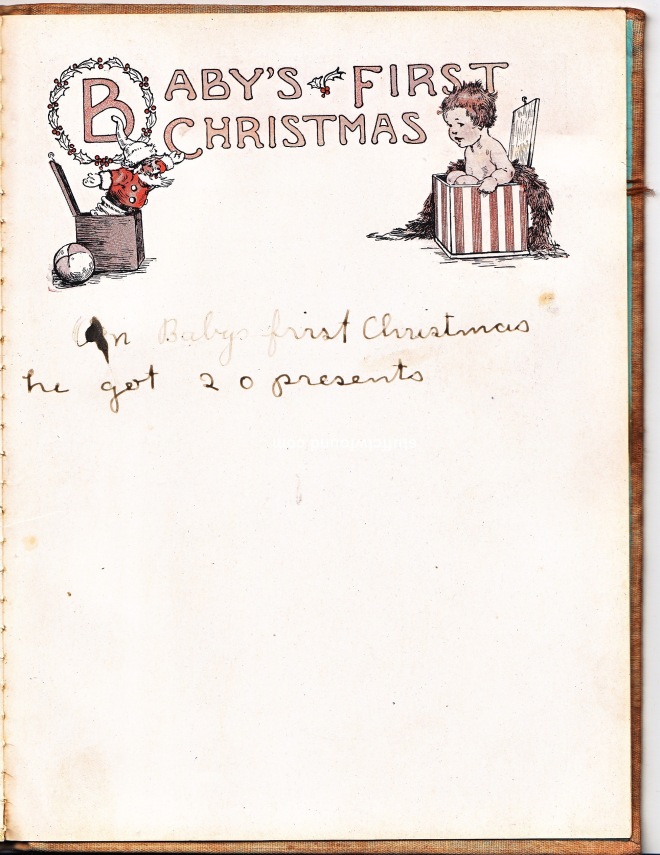 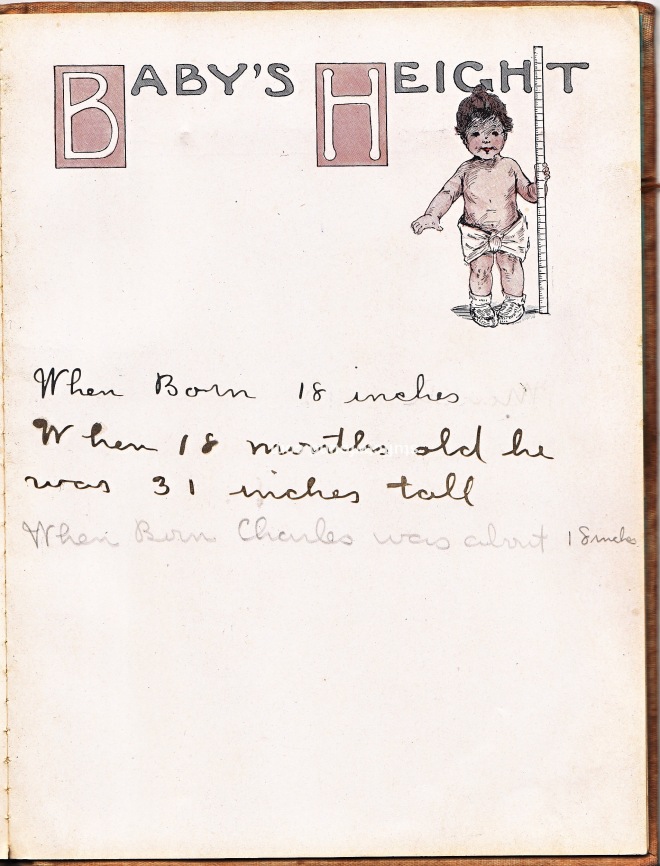 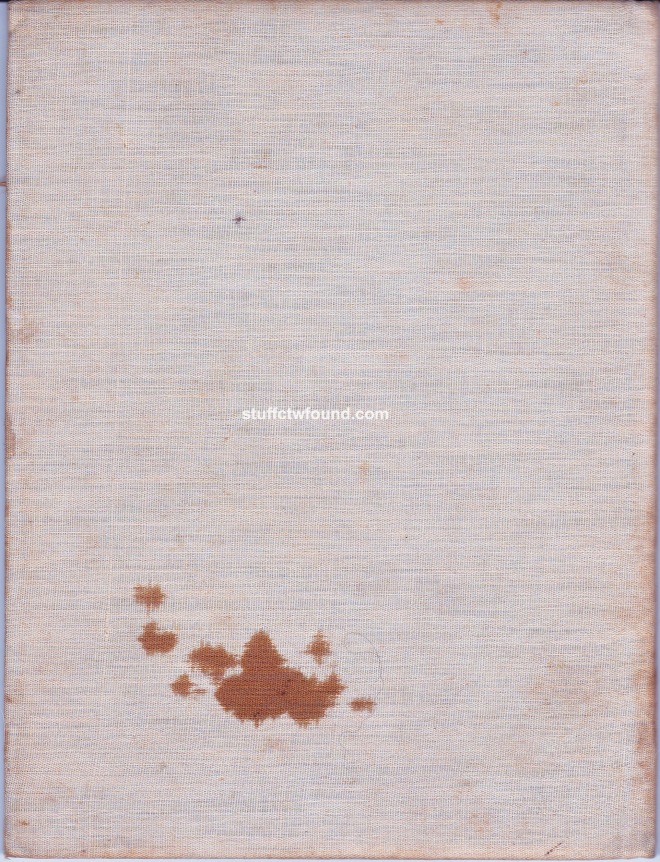