It is a mystery to me that a small bunch of documents remain together through who-knows-what-all turbulence and upheaval to be found by me in an antique store. I mean, I know how it happens, technically: someone dies; someone wants to dispose of unwanted possessions; someone performs the service of removing that stuff; someone tries to make a buck buy selling it to me. The mystery is that of all the documents associated with a life, these few somehow come through. Whatever fates made it possible, I’m glad to have spent a few hours looking back at Carrie’s world 83 years ago.

When Mrs. Carrie V. McKnew Day Cramblitt (1866-1937) wrote her step-daughter, Mrs Hilda May Cramblitt Klages (1896-1970) on 25 August 1933 it was a little over three months after the death of her husband and Hilda’s father, Arthur T. Cramblitt (1861-1933) and two days after a horrific hurricane struck the Maryland and Virginia coasts. 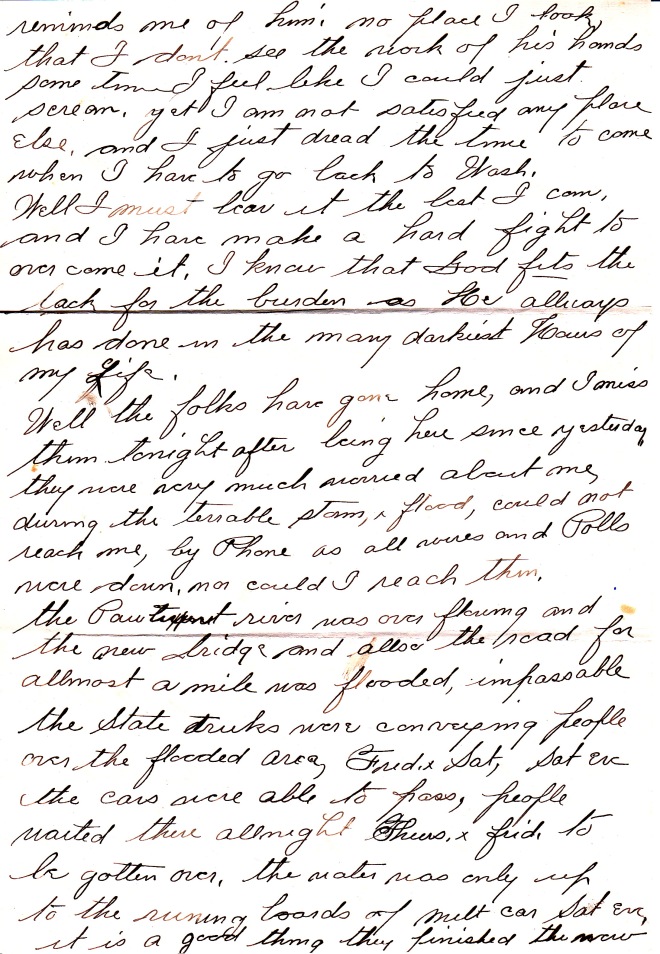 Arthur T. Cramblitt was a carpenter. It is easy to imagine that their house in Cedarhurst on the Bay was filled with “the work of his hands.” 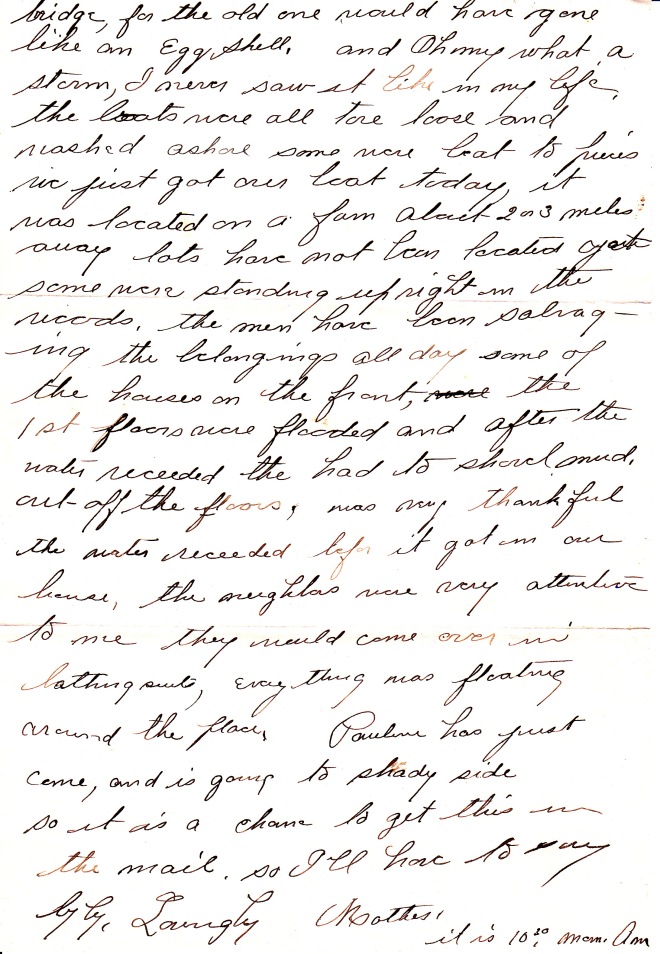 Carrie’s description of the storm might seem exaggerated but contemporary descriptions in the Baltimore Sun prove it was quite severe. An editorial on 24 August said, “A wind of violence unequaled in recent memory tore into the beach resorts of Maryland and Virginia and immobilized all water traffic inside the Capes.” A 4 September story reported that MD Governor Ritchie had tasked State Conservation Commissioner Swepson Earle (his obit) to assess the damage. Earle reported hundreds of Chincoteague Island ponies had drowned, leaving only three, and that erosion caused by the storm resulted in the loss of about 1200 acres of land.

I don’t know who Pauline is, probably a neighbor. Shady Side would have been the location of the nearest post office.

Carrie listed her address on the back of the envelope. In the 1930 Census she and Arthur were listed as residents there and her biological son, Milton R. Day, was the head of household.

The other documents in this small batch were associated with Hilda: