William Thomas O’Neil (1850-1909) was a businessman and farmer who was serving his second term in the New York State Senate when he died at age 59. His obituary in the 6 May 1909 edition of the The New York Times observed that “Senator O’Neil earned distinction in the Legislature as the man who safely guided Theodore Roosevelt past the legislative pitfalls when both were new to political life. This was in 1882. Theodore Roosevelt had been elected to the Assembly for the first time from the old Twenty-first (New York) District. Senator O’Neil was an Assemblyman from Clinton County. The two occupied adjoining seats in the Assembly Chamber and soon became firm friends.” The 12 May 1909 edition of The Malone Farmer contains a glowing obituary and description of his funeral service which is accompanied by a poor copy of the above photograph.

He married Ophelia Young (1853-1932) in 1873.  She appears in the two following photographs. Her obituary appeared in the 23 November 1932 issue of The Malone Farmer and is partly included on her findagrave.com memorial page. 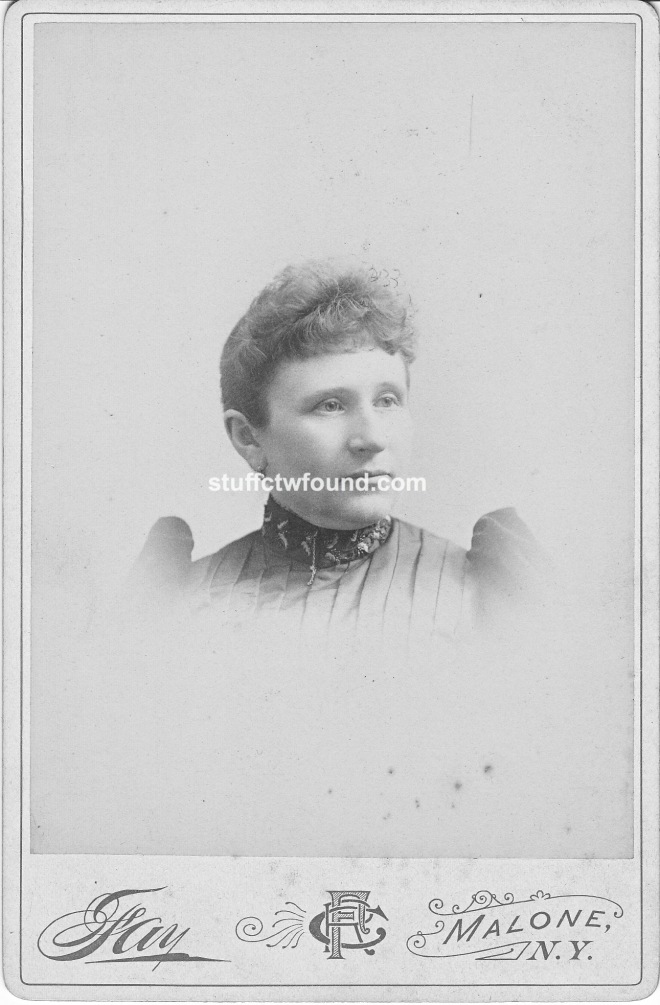 The O’Neil’s had five children who will be the subjects of my next post.

These three photographs were among 12 I purchased at a “mega flea market” at the Maryland State Fairgrounds over the July 4th weekend.

The following are the reverses of the above photographs, in the same order they appear above. 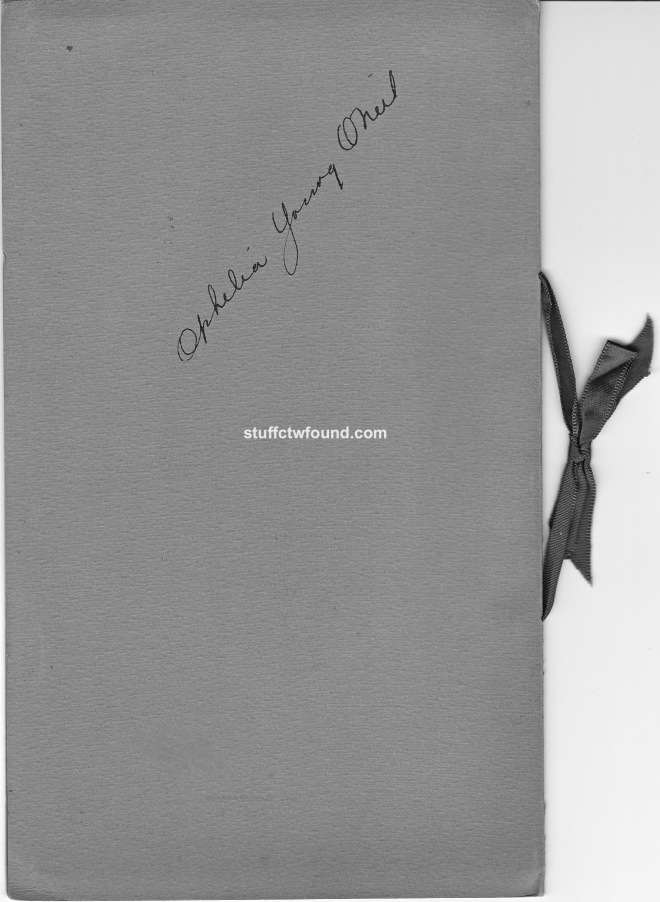