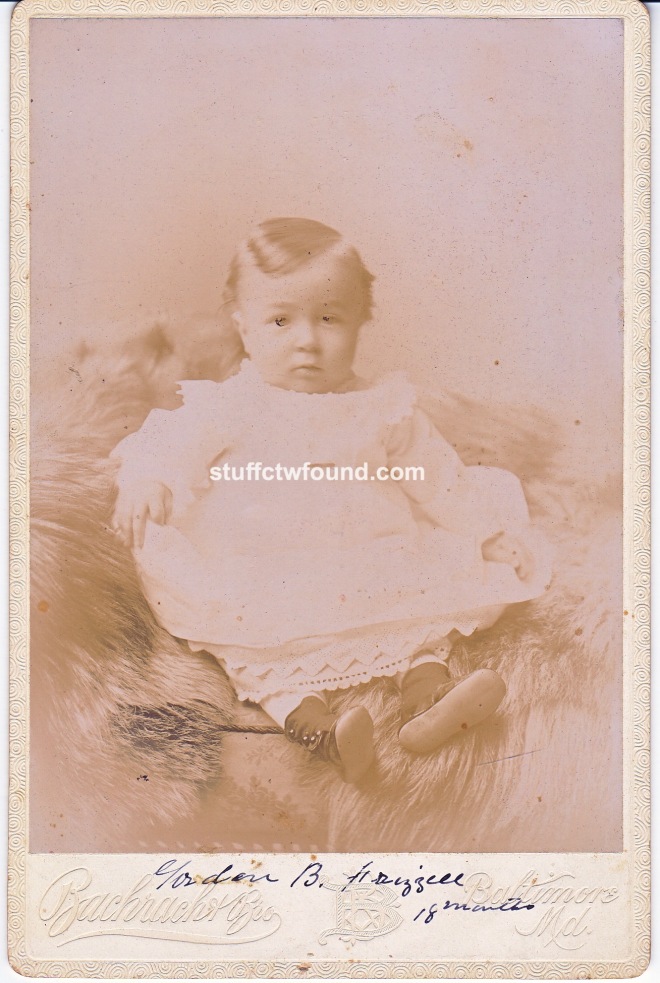 According to a biography in History of Frederick County Maryland, Vol. 2 which contains a number of errors, after being educated in public schools Bertha drove a huckster’s wagon between his home town of New London and Baltimore. He later operated several creameries in Frederick County. He moved to the Baltimore suburb of Catonsville in 1890 and “opened an office as general commission agent in Baltimore.”

After graduating from Eli Lamb’s Private School (Society of Friends), Raymond worked for his father in Baltimore. In 1903 he bought a creamery in Monrovia and moved there. He was a notary public and belonged to the Democratic Party, the 5th Maryland Regiment, the International Order of Odd Fellows, and the Junior Order of United American Mechanics. Raymond’s obituary published in the 13 January 1949 edition of The Evening Sun (Hanover, PA) noted that Raymond was one of the first highway patrolman in Maryland and a watchman at the B&O Railroad’s pier at Locust Point. His law enforcement career apparently began when he was named a Frederick County deputy sheriff in 1911. He married Carrie Delana Bankert (1875-1966) in 1904. At the time of their marriage she was a nurse and assistant superintendent at the Baltimore Eye and Ear Hospital on Franklin Street in that city. He is buried in Central Cemetery, New London, MD (15952643) and she is buried with her parents in Saint Johns Evangelical Cemetery, Mexico, MD (48778003).

Gordon appeared in the The Baltimore Sun of 19 June 1902 in a story describing how he had sleepwalked out of a 2nd story window of the family’s home in Catonsville. He never married and his occupations were “clerk” and “mattress maker” in Census records. He apparently entered the Springfield State Hospital in 1937 and was enumerated there in the Census of 1940–that was the last I found of him. He is buried in Loudon Park Cemetery in Baltimore (92748504).

I purchased these photographs at an antique store in the Hampden neighborhood of Baltimore in October 2016. Below are the backs of the photographs. 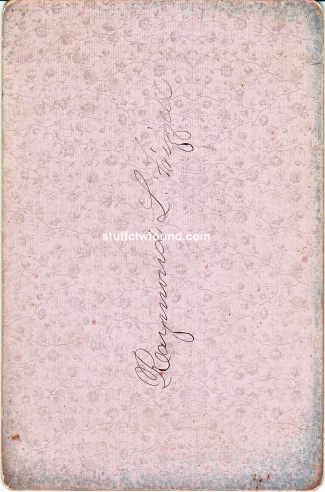