Frank inscribed the photograph as follows: “The sweetest little girl in my life is little ‘innocent’ Jenny. Love, Frank.” According to a note which appears to have been made by Frank, the photograph was taken 25 October 1938. After selling 1529 Holbrook Street in 1937, Frank and Jenny bought 4 Greenwood Avenue just a little ways outside the city in the Baltimore County neighborhood of Kenwood. This photograph was possibly taken there.

Jenny was the daughter of Herman Ludwig Christian Kornick (1858-1927), who was born in Germany and earned his living as a proofreader at German newspapers in Baltimore, and Clara Johanna Barth (1860-1938) whose father was born in Germany.

Here is a photograph of Frank and Jenny together which was developed on 22 August 1933: 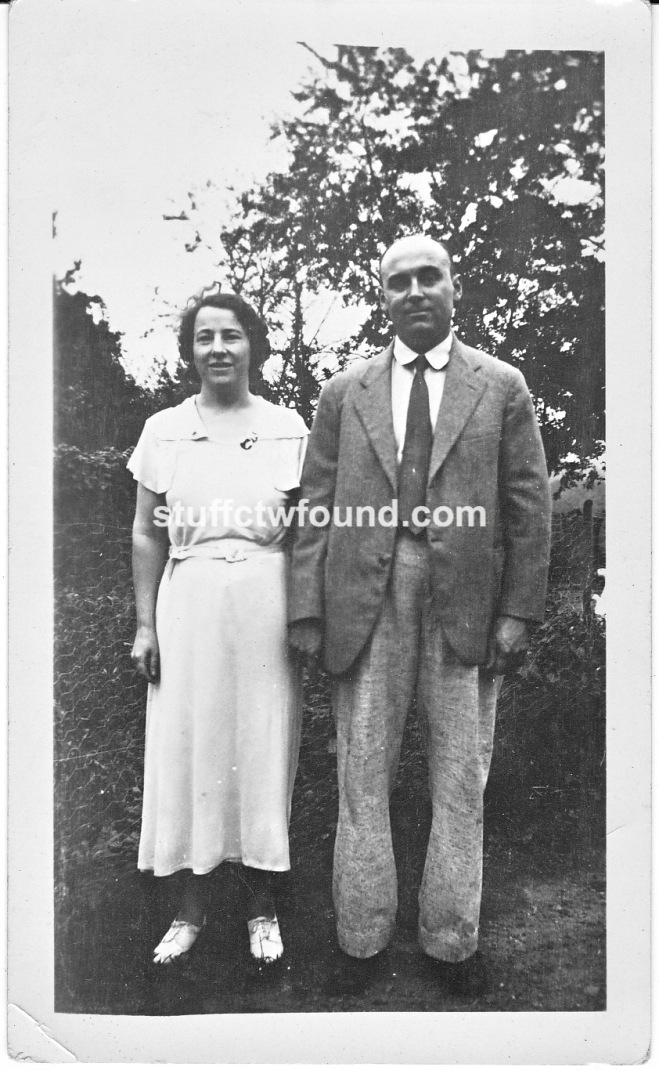 Following are the front and back of a photograph which was taken in the backyard of 1529 Holbrook Street and developed in May 1933, but which has an inscription and address label dating from after they moved to the Greenwood Avenue house in 1937. On the back Frank describes himself as a lamplighter, chair caner, and “puzzle maker of magic rings.” Indeed, Frank’s occupation was listed as “lamplighter” in the 1920 Census and “streetlight inspector” in the 1930 and 1940 Censuses. His father’s occupation in 1900 and 1910 was “basket maker,” so Frank may have worked with him in that field and learned to cane chairs. According to Michael Cantori, proprietor of Cantori’s Theater of Magic, “magic rings” may refer to Chinese linking rings. 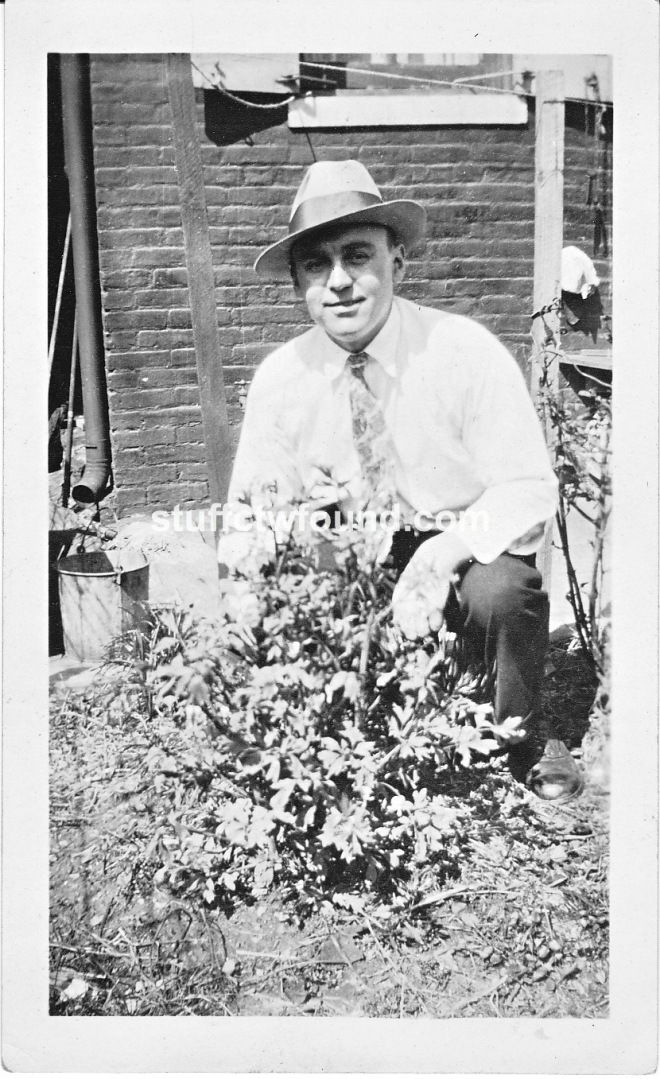 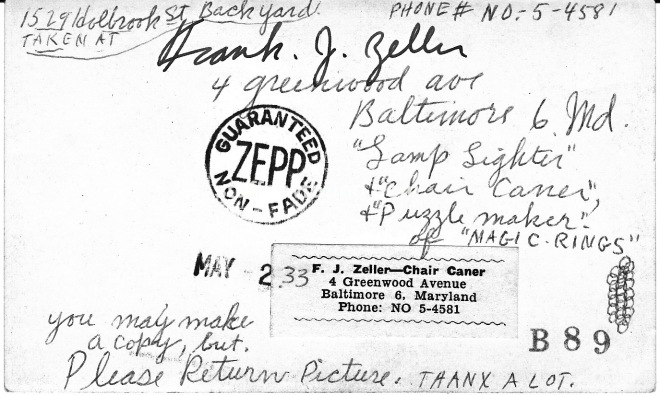