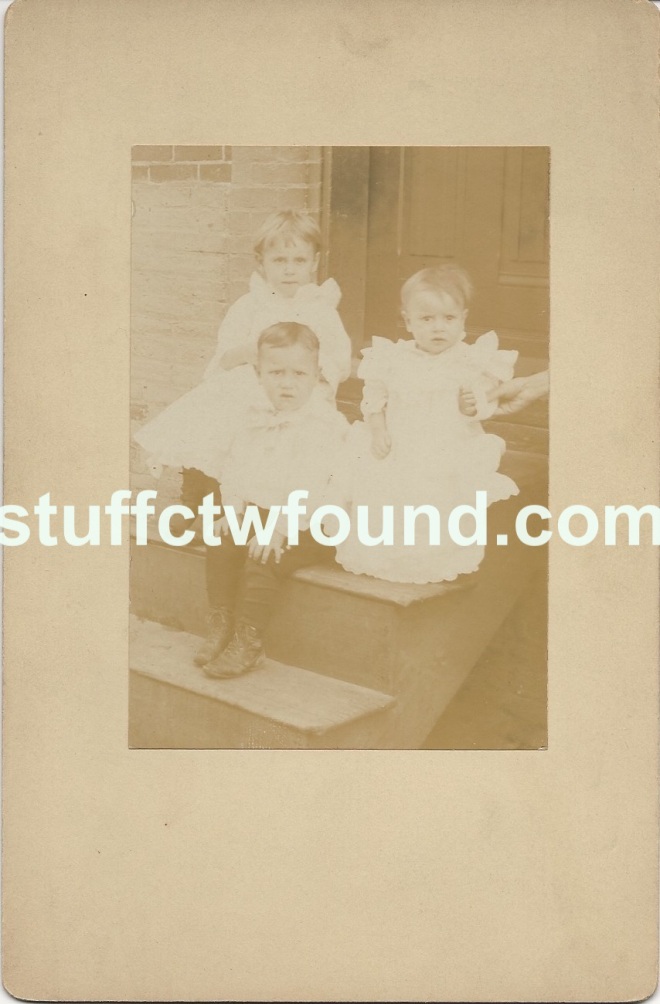 According to the caption written on its back, the above photograph depicts May, Louis, and Annie Hoff who lived at 1711 North Bethel Street:

The photograph was in a big bunch I bought at an antique store in the Hampden neighborhood of Baltimore in early 2018. I discovered after I got home that I had also scooped up the the following photograph which, according to its caption, depicts their father, John Hoff. 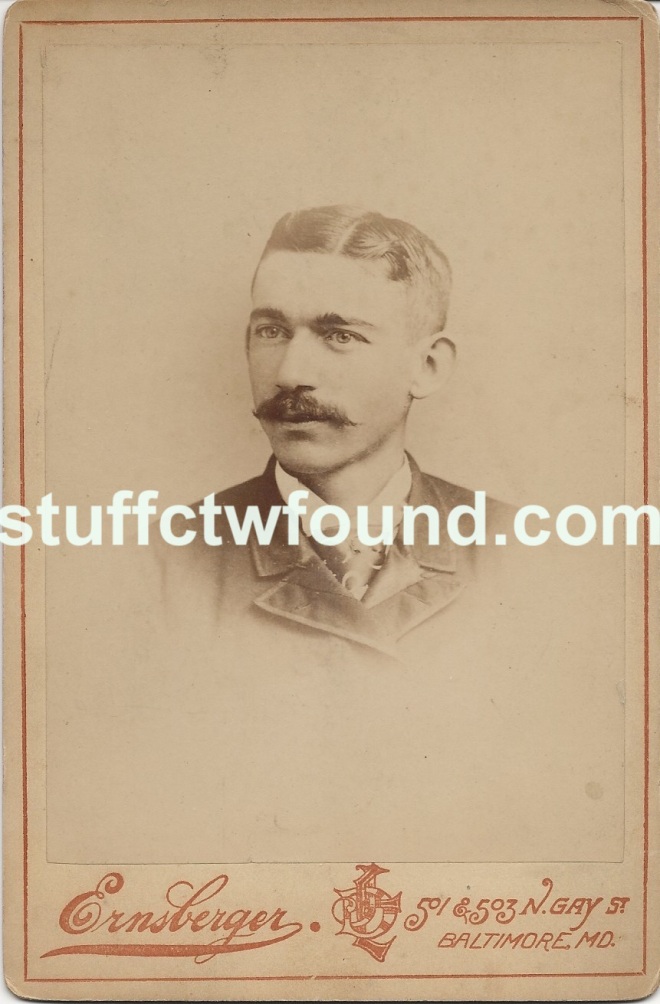 While it is obvious that the captions were written by the same hand, we can also see that John Paul Hoff (1866-1946) and Amelia Achatz Hoff (1871-1947) lived at 1711 North Bethel Street between 1902 and 1910. The children are too young for the photograph to have been shot at this address but I had no success in fixing the photograph’s setting. We learn from the 1910 Census that John was born in Switzerland and was a carpenter whose mother tongue was French. Amelia was born in Germany and was a homemaker. They had been married 19 years in 1910 and 10 of the 12 children Amelia bore were still living.

Ernsberger’s Photograph Gallery appears to have been located at 501 and 503 North Gay Street, Baltimore, MD in 1891, but the property went for auction that same year. In 1996 J. G. Ernsberger was operating his “photographing establishment” up the street at 588 North Gay Street. This dates the photograph of John to circa 1891.

John appeared with his family in Census records until 1920, but in 1930 and 1940 he was enumerated as a patient at the Spring Grove State Hospital, a psychiatric hospital in Catonsville, MD. Amelia was enumerated in the Census as married in 1930 and 1940. By 1924 she was listed as single in the city directory and living at 4322 East Eager Street in Baltimore, a house Louis bought in 1923. Starting in 1924 Amelia was listed in city directories as the “widow of John P.”