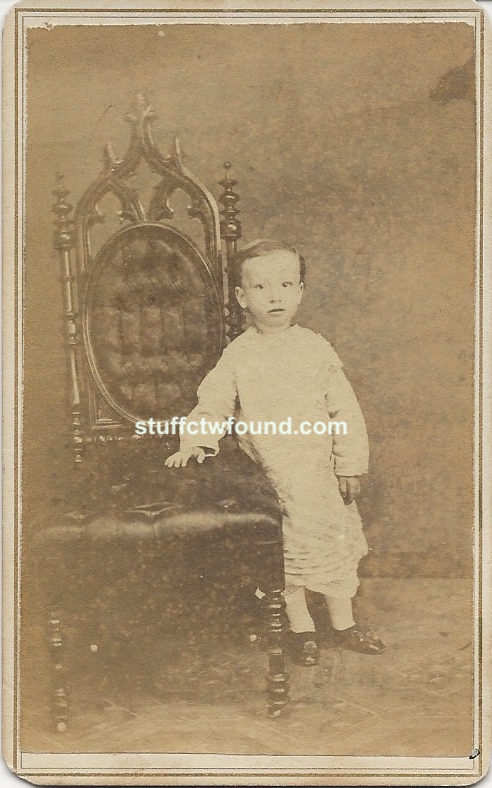 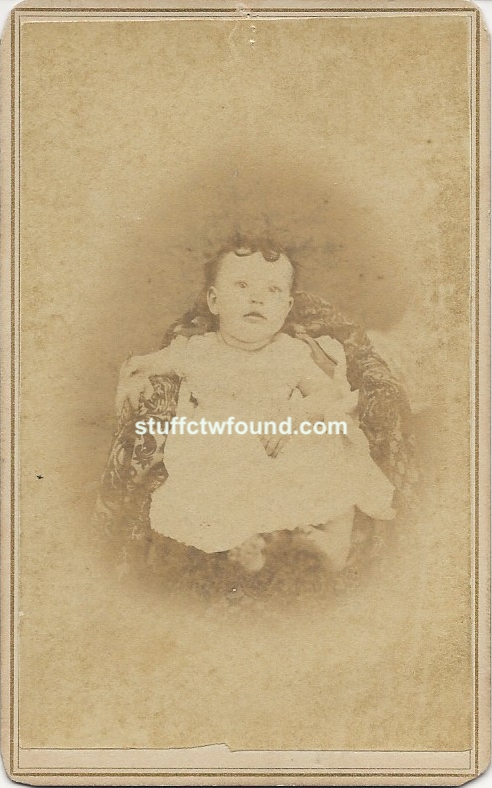 They were the first two of the four children of Henry W. Long (1843-1917) and Kate Brott (1848-1911). I can narrow down Harry’s death date to circa 1927 because that’s the first year that his wife Eva D. Anderson (1868-1951) was listed as a widow in the Camden, NJ city directory. I can narrow down Hattie’s death date to circa 1829 because she appeared in the Camden city directory in 1928 but her husband Ethelbert David Stone (1870-1941) was enumerated as a widower in the 1930 Census. Sometimes it is difficult finding exact dates when subjects lived in urban areas and had common names. Obituaries in big city newspapers often do not name surviving children or parents. Harry and Kate’s other children were George W. Long (1875-??) and Samuel Stewart Long (1881-1963). Not every fact can be discovered from the luxury of one’s home office and Camden is too far away for a hunting expedition.

It was pretty easy to find out via ancestry.com that Henry and Kate were married in Marysville, OH on 29 October 1866, but they didn’t show up in Ohio in other searches, possibly because of an indexing error. I went page by page through the 1870 Census to find the family of four enumerated in Greenfield that year. Harry was a characterized as a huckster and born in Pennsylvania. Kate kept house and was born in New York. Henry and Kate were still in Ohio when their son George was born in 1875, then they were living in Camden for the 1880 Census.

Why were they in Ohio? I’m not altogether certain of the story but there are clues. Kate was the daughter of John Brott (1825-??), a railroad passenger agent in Buffalo, NY in 1860, and Adaline Ogden (1827-1909). Kate had a sister named Mary Frances Brott (1845-1917). The sisters came “from a family of professional stage people” and were cousins of Mrs. George H. Primrose, a famous minstrel. Mary married Marysville native Colonel Noah B. Orr (1836-1882) in 1864. At a height of nine feet in his uniform with boots and hat, and a weight of 550 pounds, Orr was known as the “Union County Giant”. Orr toured the U.S. and Canada with various companies. He was part of P. T. Barnum’s museum in New York City when he met John Brott, himself purported to be a champion prizefighter though I could not confirm this. Presumably Kate followed her sister to Marysville and met and married Henry there. Connecting Kate with Mary Frances seemed natural based on their shared name and the fact they both married in Marysville. I found the 1860 Census record for the Brott family of four in Buffalo even though their surname was misspelled “Britt”. The connection was confirmed when I discovered that Mary and her son Louis Orr (1879-1942) attended Samuel Stewart Long’s wedding.

Henry and Kate were still in Ohio when their son George was born in 1875, then they were living in Camden for the 1880 Census. Colonel Noah Orr died in 1882 and by 1887 Mary Frances Brott Orr and five of her children had also moved to Camden.

There is a story about Ethelbert that a history nerd cannot pass up even though newspaper accounts contain a few minor errors of fact. At around 8:00 AM on the morning of 6 September 1901 two employees of a the New York Shipbuilding Corporation plant in south Camden were painting a roof and talking favorably about President William McKinley when Ethelbert walked up and offered a wager of five dollars that McKinley would be shot by 8:00 PM that night if he hadn’t been shot already. McKinley was shot at 4:07 PM that day. The painters told the story and Ethelbert was arrested on 10 September 1901. Ethelbert did not deny he offered the bet and explained that it didn’t mean anything, he was arguing with the painters and “made the statement thoughtlessly” and “it had no significance whatsoever.” Ethelbert’s house was searched and initial reports indicated that “incriminating items” were found. At a hearing on the morning of 11 September 1901 Ethelbert was ordered released after it was determined that Ethelbert could neither read nor write, that nothing incriminating had been found in his house, and that “nothing could be found in the present or past of the man indicating in any way that he knew of a conspiracy to kill the president.” The story of suspicion and arrest got nationwide coverage, though Ethelbert’s exoneration did not.

I tried to find a certain link to Baltimore to explain how these 4 inch X 2.5 inch photographs ended up in an antique store on The Avenue in the Baltimore neighborhood of Hampden. The best I could find was that Ethelbert David Stone, III (1928-2016) and his sister Catherine M. Stone (1924-2004) lived in Maryland for a while before moving to Sarasota, FL in 1982. There is a genealogist working on this branch of the family who has posted several photographs of Ethelbert, III on ancestry.com; perhaps she’ll come across these photographs when I post them.

Below are the reverses of the photographs. Can you understand why I first thought Hattie’s and Harry’s surname was “Song”? 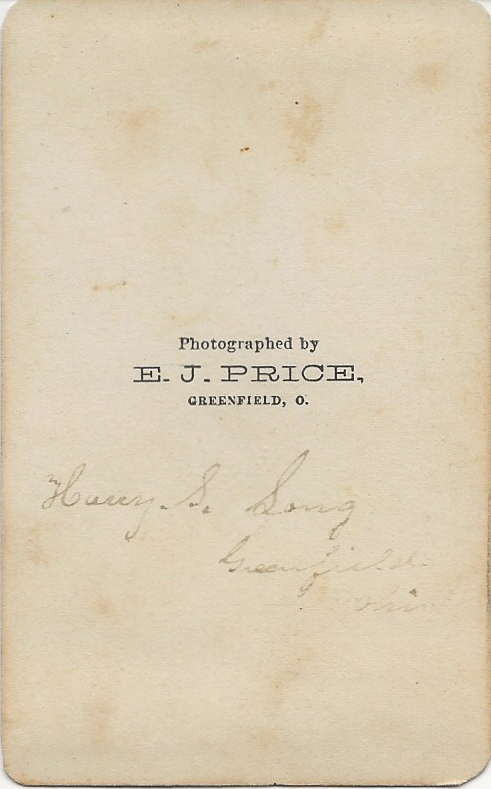 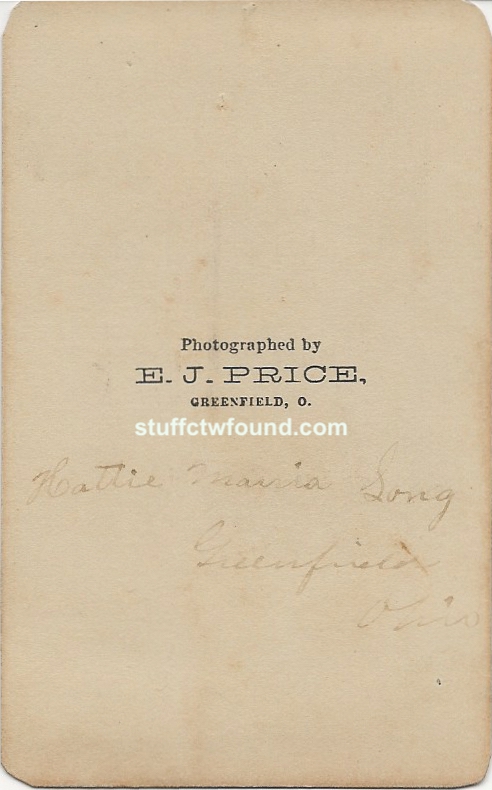 One thought on “The Long Siblings”