He married Eva Irene Weiss in 1922 and they had one son, George Allan Winterer (1924-1974). They were still married in 1935 but by 1940 George was divorced and, along with his son, living with his widowed mother. In the late 1930’s he married Elizabeth Katcher and they remained married until his death. 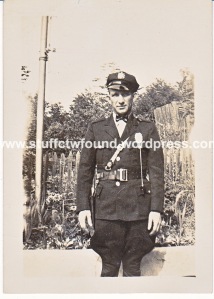