The inscription on the front of the above photograph reads, “To Jay, Harry T.” It was probably Jay who wrote the following on the back of the photograph:

The photograph below is Harry A. Tokita as he appeared in the 1928 edition of The Beaver, the yearbook of Oregon State College. Harry was a senior in 1928, majored in commerce, and was a member of the Hesperian Club. My attempts to find out any further information about Harry were fruitless. 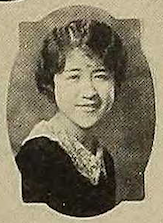 Ruth was the daughter of Frank Jiro Nomura (1874-1956) and Kiyo Takeda (1882-1980) who were born in Japan and immigrated to the USA in 1903. She married Earl Kazumi Tanbara (1806-1974) in 1935. Ruth and Earl are all over the Internet. Here you can see a triptych by HIRO which celebrates Ruth’s life. Here you can learn about The Earl K. and Ruth N. Tanbara Fund for Japanese American History in Minnesota. Here you can view a 1925 color photograph titled “Ruth Nomura in Japanese Costume” in which Ruth again displays her characteristic hand clasp. It would be worth your time to go here and read Ruth’s and Earl’s very interesting biographies.

I was unable to positively identify the other two students in the photograph, and Jay’s identity remains a mystery.

Below is the reverse of the photograph which measures 3.5 X 2 inches. I purchased it at an antique store in Baltimore, MD in July 2016. 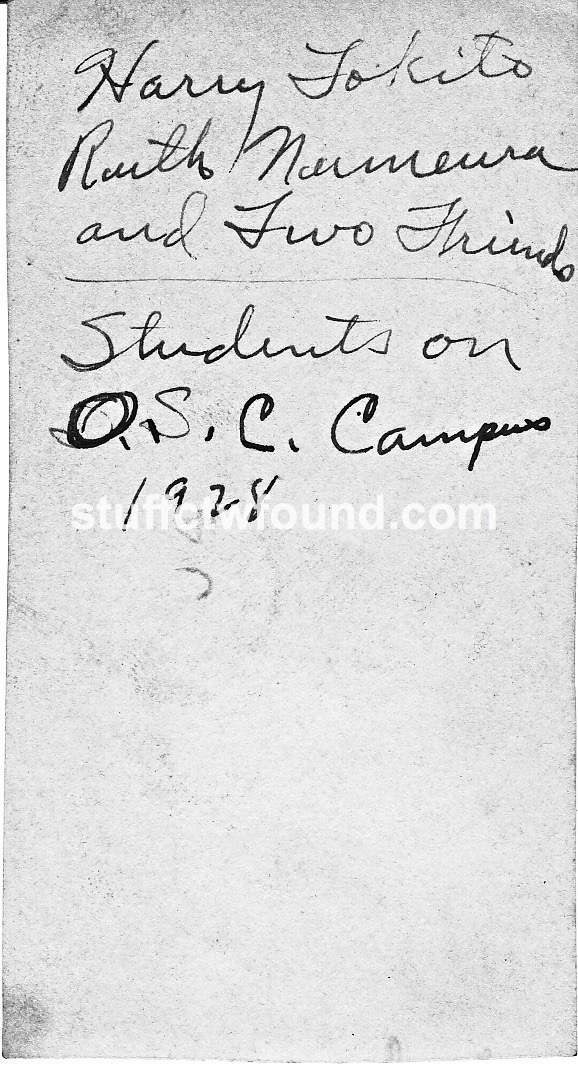 One thought on “The Students”