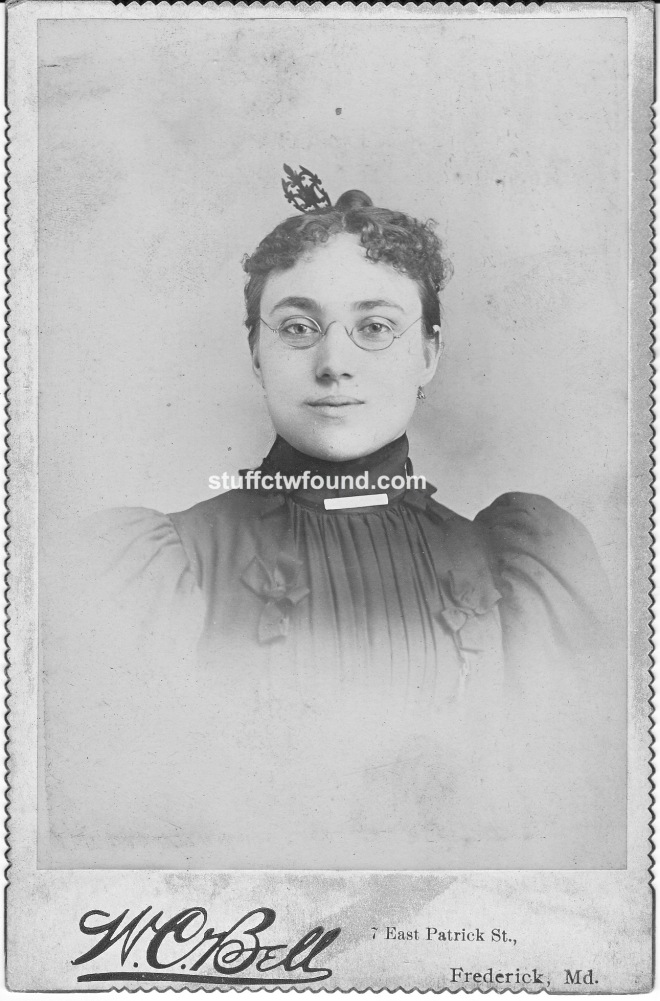 The above photograph depicts Carrie May Feete (1869-1962) according to the inscription on its back:

Carrie was the only daughter of Henry Calvin Feete (1838-1924), a constable and undertaker in Middletown, MD, and Mary Elizabeth Null (1841-1907). Carrie’s six siblings were all brothers.

Carrie married William Hamilton Leatherman (1868-1928). William was a farmer who died on the farm where he was born. William was the son of George Leatherman (1827-1907) and Rebecca Elizabeth Johnson (1827-1908). George was known as Elder George Leatherman and was a farmer and a minister in the Dunkers church, also known as the German Baptists or Church of the Brethren. There is much material about the Leathermans of central and western Maryland available on the Internet and in libraries, so I won’t go into a lot of detail here. If you want more dope just ask me. Generally, there were two Leatherman clans which intermingled together and with the Harshman and Warrenfeltz families. Below is William: 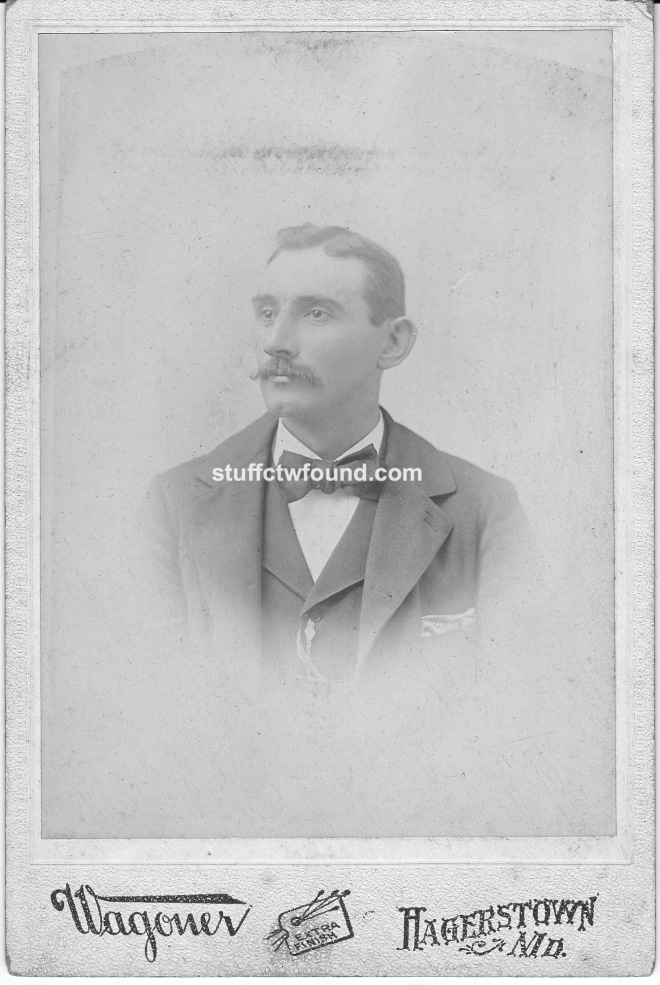 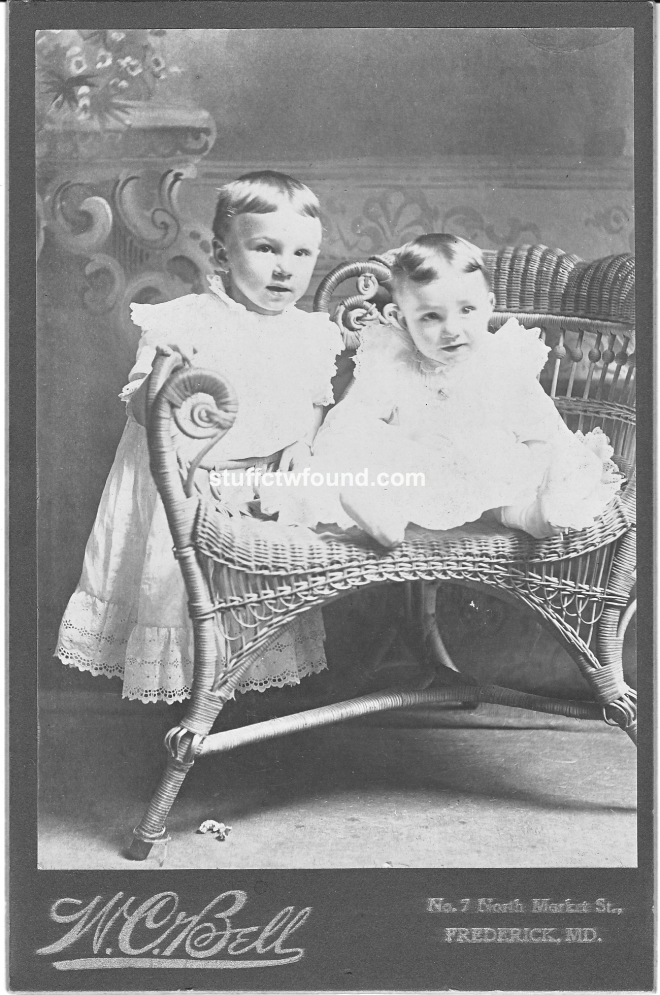 Carrie’s brother Charles Henry Feete (1867-1947) started his professional life as a telegrapher for the Mutual Union Telegraph Company offices in Ellicott City and Rockville, MD. After bookkeeping in Chicago for about two years he returned to Frederick County in 1899 and, following in his father’s footsteps, established the C. H. Feete and Brother “ambulance and undertaking” business in Brunswick in partnership with is brother, William ((Null)) Feete (1873-1906). Charles’ obituary says he was “long considered Brunswick’s ‘first citizen.'” When he died he left the business to his sons who are pictured below, Charles Floyd Feete (1894-1954) and Bernard Lee Feete (1899-1963). The stamped name “Carroll H. Feete” refers to another of Carrie’s brothers, Carroll Hoffmeyer Feete (1878-1924).

I bought these photographs from an antique dealer in the Hampden neighborhood of Baltimore in March 2017. It came with a number of other photographs of more distant family members and associates which you will see in these pages at some point down the road.