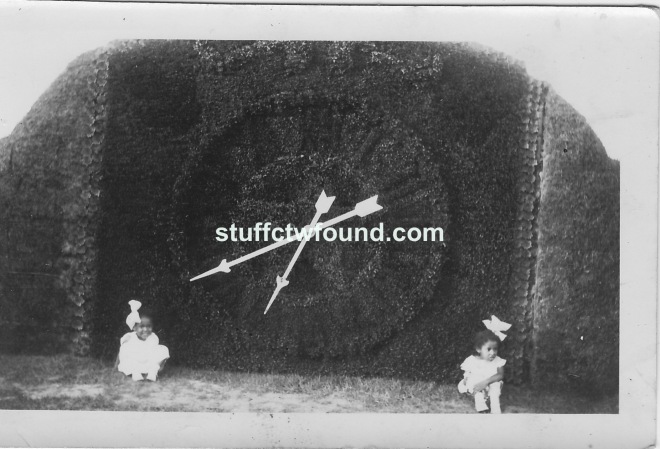 The young ladies in the above photograph are Christine Morgan (1931) and her sister Gwendolyn Grant Morgan (1933-2013). I don’t know which is which but I imagine Christine is on the left. The photograph was taken on 18 August 1935 in front of the Floral Clock in Deerborn, MI. The caption typed on the back is shown below.

The Floral Clock had just been dedicated in it’s new location in Henry Ford‘s Greenfield Village on 4 July 1935. The water-powered clock had originally been installed in Detroit’s Water Works Park. You can read a brief history of Water Works Park and the clock here, and see some nice photographs of the clock here.

The girls were the only children of Wendell Grant Morgan (1908-1992), born in Bay City, MI, and Prestonia Christine R. Woodruff (1910-2005), born in Nashville, TN. The photograph must have been taken during a vacation because the family was living in Charlotte, NC in 1935. Wendell, University of Michigan class of 1929, where he also received a master’s degree in economics, began his career as the dean of men at Johnson C. Smith University in Charlotte in September 1930. Prestonia received her Bachelor of Arts, Cum Laude there in 1944. Wendell was business manager at the university, then business manager at Bishop College in Marshall, TX. He moved to Howard University as manager of service enterprises in 1947 and retired from Howard as assistant treasurer in 1973.

Here is a 5 June 1933 photograph of one of the Charlotte houses they lived in (caption shown below): 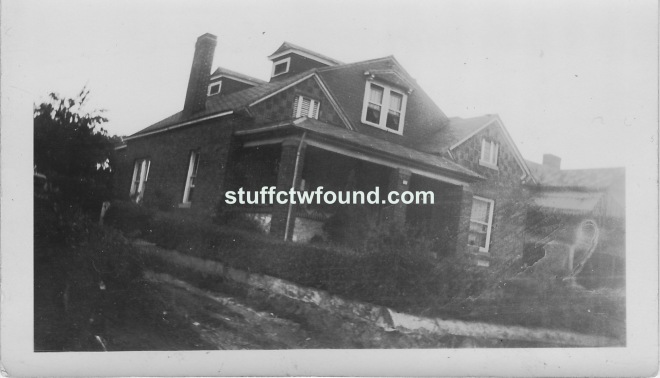 Here is an April 2017 photograph of the house from Google Maps: 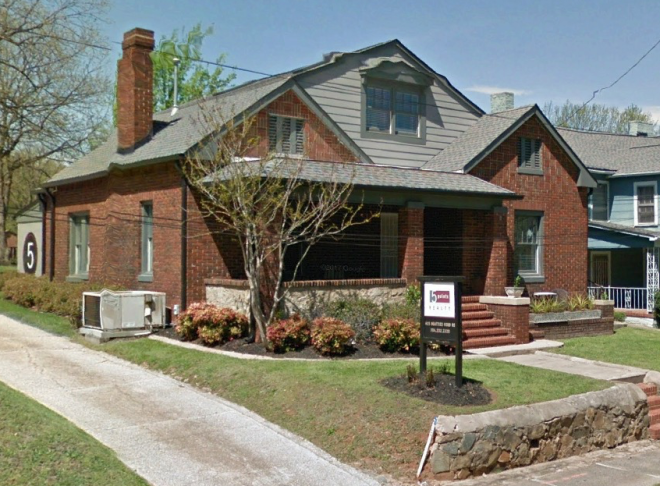 Finally, here is a photograph of Gwendolyn taken on 5 July 1933 when she was two months old. It was obviously taken in the front yard of the Beatie’s Road house. The houses across the street are no longer there. The caption written on the back is shown below. 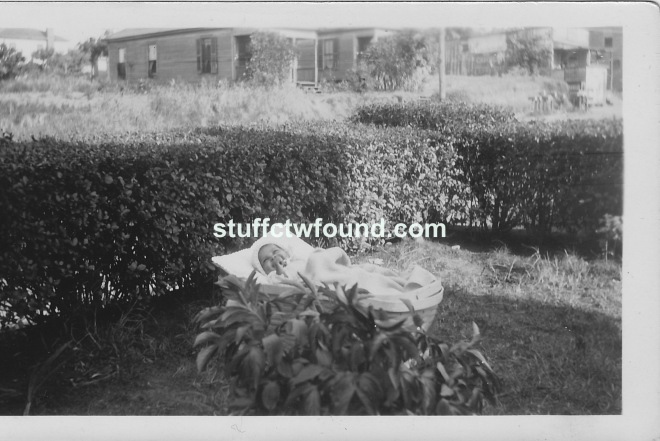 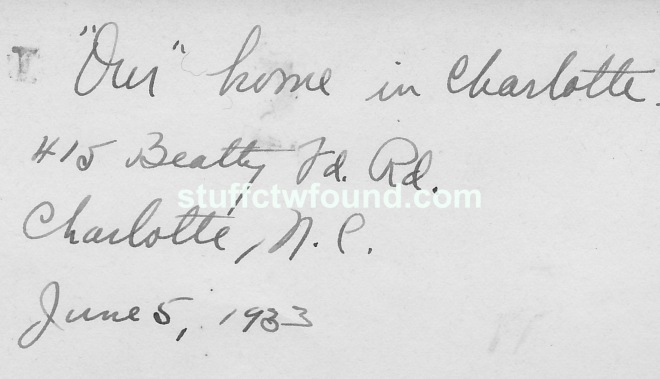 8 thoughts on “The Morgan Sisters”