On the back of the above photograph is written, “Graydon about 1913.”

The below photograph shows “Pvt Graydon in Georgia” but it is undated. 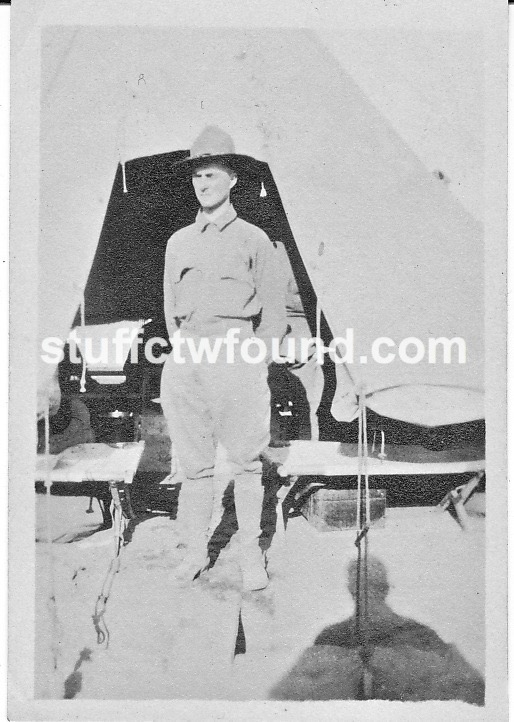 According to the Malheur Enterprise of 15 April 1916, “Graydon C. Crawford arrived from Boise last Saturday to assume his duties as assistant cashier of the Bank of Jordan Valley. He is quartered at the Jordan Valley Hotel.” In August 1919 he married Doris Cecil Dinwiddie, the subject of a previous post. In the Census of 1920 Graydon and Doris were living in a home they owned free of mortgage in McDermitt, NV where Graydon was a bank cashier. In the Census of 1930 the couple and their two children, Joseph Clemson and Jasmine Laura lived in Boise where Graydon was employed as an accountant for “gen motors”.

By 1932 Graydon had taken a job with the Internal Revenue Service and was an agent in Dallas, TX. In 1934 Graydon was living in Tyler, TX and still an IRS agent. The below photograph below depicts the family in Tyler, TX in September 1937. Joe Clem, as he was known, was 17 and Jasmine was 11.

In 1954 Graydon’s job was “Chief, Intelligence Division, Internal Revenue Service” at the office in Tyler, TX and he made $9600 per year. By 1958 he headed up the Tyler, TX IRS office. The following photograph was probably taken during that time. 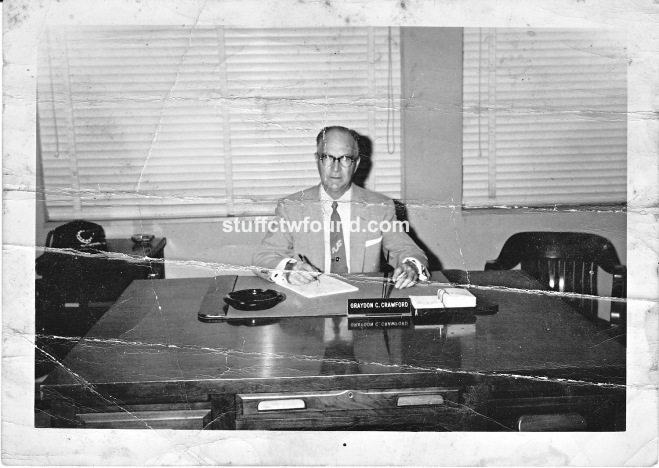 I haven’t yet found information about Graydon’s death or where he and Doris are buried.

One thought on “Graydon Clemson Crawford”